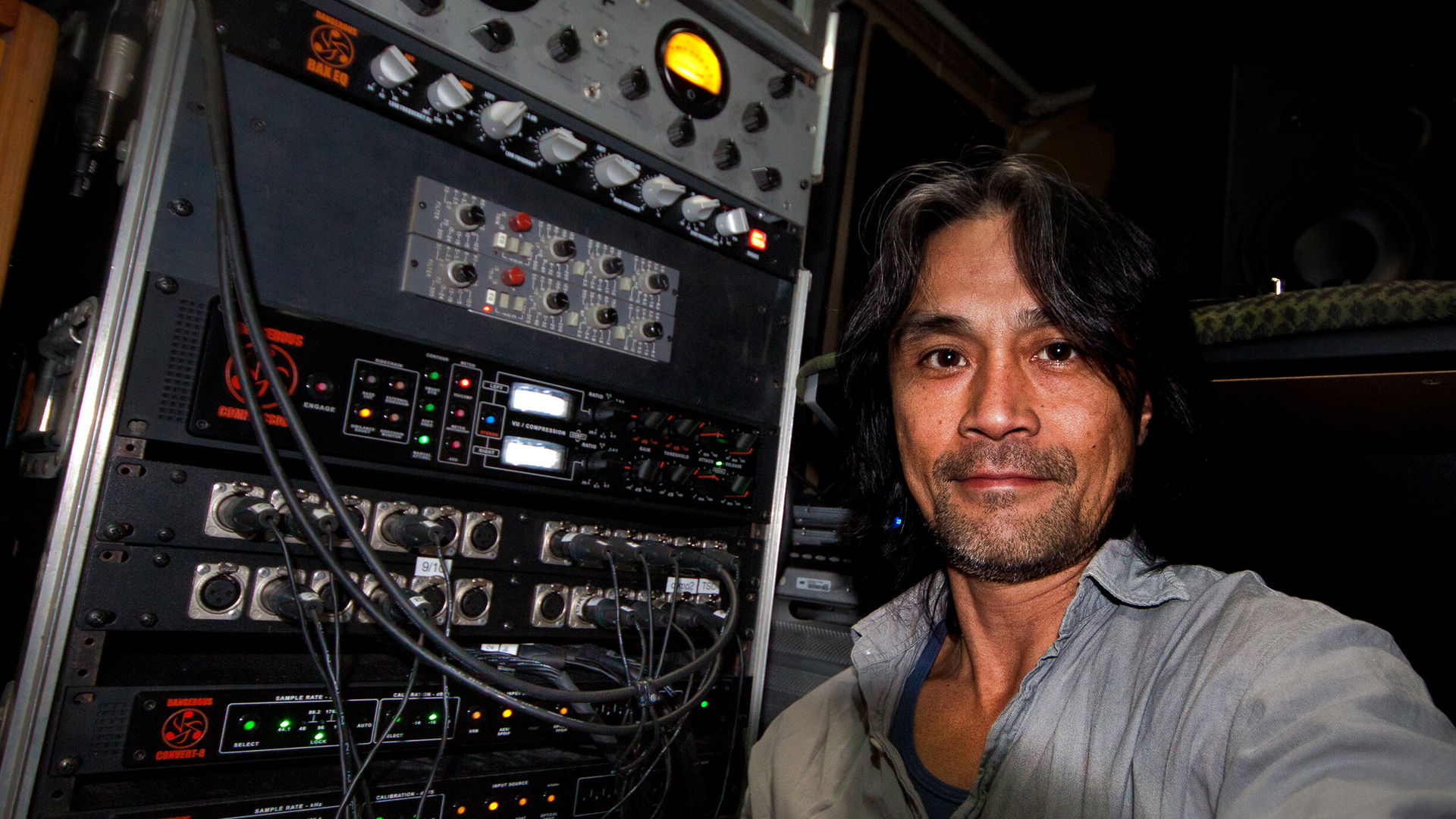 As a predominantly analog audio engineer, Russell Elevado has mixed hundreds of songs using analog tape and large consoles. His dedication to analog and old-school production/mixing techniques defines his signature sound, drawing a range of artists anxious to work with the multiple Grammy Award-winning producer.

Best known for his work with D’Angelo, Erykah Badu, The Roots and Roy Hargrove, Elevado has earned a reputation for recreating the gritty tones and funky textures of ‘60s and ‘70s classic rock in the context of modern soul, hip hop and R&B. Elevado adds vintage flair to his mixes by pulling inspiration from the vinyl vibes he savored as a kid growing up in New York City.

With a goal of making records the way his musical heroes made records, Elevado began interning in studios around 1986 and eventually engineering full time by 1990. Now widely recognized for the classic sound he sculpted on D’Angelo’s acclaimed “Voodoo,” which earned a Grammy Award for Best R&B Album in 2000, Elevado’s warm, rich tone has become his trademark. He nabbed another Grammy for Best R&B Album in 2015 with D’Angelo’s long-awaited follow-up, “Black Messiah,” and landed four other nominations along the way for his work with Alicia Keys, D’Angelo and Al Green (best engineered album).

Since adding Dangerous Music converters, summing mixers, and other gear to his private studio, Elevado continues rolling out hit albums that showcase his distinctive analog approach with high-quality sonic results.

After growing up working on large studio consoles, Elevado turned to the Dangerous Music System “out of necessity” to help him achieve the same depth and dimension when mixing in a smaller capacity in a less sonically controlled environment.. As budgets in the music industry began to shrink, talented artists who sought out Elevado’s sonic touch couldn’t always afford big studio fees on top of his engineering rates. The Dangerous gear allowed Elevado to continue analog mixing outside of the big studios, without sacrificing sound quality.

“I needed a studio-quality system at home without having to bring in a console,” he says. “I’m used to a certain sound, after working in so many world-class studios, so I needed equipment that could satisfy my studio ears. Not only did Dangerous pioneer the idea of summing mixers, but they are definitely the best quality you can get.”

The first piece of Dangerous gear that Elevado plugged in four years ago was the original 2-BUS summing mixer. “The first test was to see if I could play back a track and get a clear, professional sound – never mind any processing or anything, just a clean signal through the speakers,” he says. “I was looking for something that would sound similar to when a fader is at “0” on an SSL.”

The 2-BUS performed well. “There’s no bullshit in any of the signal path,” he says. “It’s very pure, with huge headroom, which is exactly what I was looking for. Some other summing mixers have built-in tubes that add all this color, but I have all the coloring I need from my outboard gear and pedals. And in fact, i don’t use anything on the stereo bus, just a flat response, because I prefer individual dynamics and volume rides to create depth and dynamics. So I just need something with the purest path to translate everything. It was perfect.”

After the 2-BUS convinced Elevado that he could create a professional studio sound at home, he added more Dangerous gear to his setup – including the BAX EQ, LIAISON, COMPRESSOR, MONITOR ST and updated 2-BUS+ (with a total of 32 outputs).

The LIAISON, for example, helped streamline Elevado’s constant juggling of cables. “I have a lot of gear, so there is a lot of patching involved when I need to switch gear around,” he says. “Previous to the LIAISON, I was using an XLR patch bay, so I’d have to re-patch gear constantly. The LIAISON made it a lot simpler and more efficient to just push a button to select the gear you want. I can move a lot quicker.”

Elevado appreciated the simple design and subtle nuance of all the Dangerous gear, but it was the CONVERT-8 that really “converted” him into a fan.

“When I started using their converters and their clock, I heard an immediate difference in the whole clarity of sound,” he says. “Everything just sounded clearer and more articulate in every way, from a more natural bass response to the spatial clarity of the mid-range. Their converters make everything I’m working on sound really good because it’s so precise. I miss mixing with the Dangerous converters when I’m working in another studio that doesn’t have them.”

In fact, Elevado brought Dangerous converters to Sonic Ranch when he traveled to the sprawling studio near El Paso several years ago. He fell in love with the isolated hacienda-style complex while recording there with keyboardist Bobby Sparks – amazed by the extensive collection of vintage and modern gear (not to mention the expansive landscape, bordered by orchards and flanked by the Rio Grande).

But he noticed one thing was missing from the picture-perfect setting: Sonic Ranch didn’t have an external clock. Elevado was accustomed to using the Dangerous converters and digital clocking at home, so he brought in a CONVERT-8 for the session. After Sonic Ranch’s engineers heard the difference, they decided to add the converters to their setup. “They really liked the gear,” Elevado says. “In fact, they had a blind test, and everybody picked the Dangerous converters because they sounded the best.”

“The Dangerous System allows you to get the purest analog path so you can express your sounds without having to compromise in any way.”

With a wide variety of projects on his plate right now, Elevado relies on the Dangerous Music System to provide a wide, blank canvas where he can blend sonic textures in music. He’s currently mixing a collaborative album of breakbeats called “The Breaks” that was recorded in London on two vintage EMI consoles, as well as a trio of albums with Patti Smith and Soundwalk Collective that blend spoken-word poetry with ambient recordings.

He recently finished mixing Tom Misch’s jazzy/alternative second album, “What Kinda Music,” with drummer Yussef Dayes and bassist Rocco Palladino. Prior to that, Elevado mixed a solo album for Philip Bailey of Earth, Wind & Fire fame, which reached No. 1 on the Billboard Top Jazz Albums and the Billboard Contemporary Jazz Albums charts. He also mixed Angelique Kidjo’s latest album, “Celia,” for which he won another Grammy award for Best World Music Album in 2019.

As an adamantly analog audiophile, Elevado appreciates the unadulterated potential of the Dangerous gear to achieve the vintage sounds and velvety ambiance his clients and colleagues have come to expect from his mixing.

“A lot of times, assistants in other studios will ask me what I have in my home studio, and I tell them, ‘I love the Dangerous gear,’” he says. “I highly recommend it because the pure circuitry and clean components make it possible to get really good studio-quality sound. It’s the best system you can get